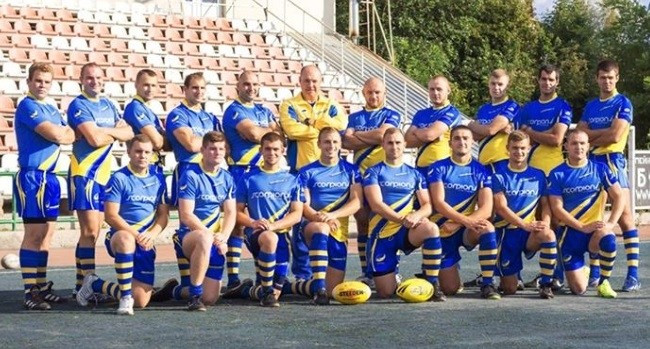 Serbia has the chance to wrap up the European Championship B title at the Lokomotyv Stadium in Chop, on the Hungary-Ukraine border, with a win or draw in the final round of the competition on Saturday (12th September, kick-off 4pm). They currently sit two points ahead of Italy and Russia, who play on the same day in Moscow, with all three already advancing to the 2016 European World Cup Qualifiers next year.

Serbia approach the match in the wake of their tumultuous game against Ireland late last month, which was abandoned. The aftermath saw the Serbian RL Federation dismiss its national team coach and see a 10-match suspension metered out for front-rower Å½arko KovaÄeviÄ‡. Radoslav NovakoviÄ‡  takes temporary charge of the side and there are three further changes to the squad that won in Italy, with Jason Muranka, Vladica NikoliÄ‡ and Dragan JankoviÄ‡ all missing out. Pero MadÅ¾areviÄ‡, Aleksa RadiÄ‡, Nikola Srbljanin and Djordje StošiÄ‡ are recalled.

Veteran Serbian national team captain Dalibor VukanoviÄ‡ said: “Although we have secured our spot in the World Cup qualifiers, our target at the beginning was to win this competition. “We have our fingertips on the shield and we’ll do our best to finish the tournament in style. I have played with some of the opposition players and Ukraine are very motivated to win at their farewell from this level of competition. They’ll throw everything at us and we have to be prepared for that.”

Ukraine coach Gennady Vepryk has selected from seven clubs, with champions Legion XIII of Kharkov providing 10 players, but not captain and play-maker Oleksandr Skorbach, who is injured. There are six changes from the squad that lost to Italy in Irpin. UFRL are looking to the future and Ivano-Frankivsk rugby school hooker Vyacheslav Koval and wing Nazar Semyon, plus Legion XIII U18s Dmitriy Kravets and Anatoliy Granovskiy have been selected after their recent two-game series with Serbia U18s.

“We’re going to be without three of our best players,” said Vepryk, “Missing Skorbach, [Sergii] Kravchenko and [Volodymyr] Mashkin is a big blow as they’re all real leaders but their absence gives our young players the chance to show their worth.”

This will be the third match between the nations, with Serbia winners on both previous occasions - 10-6 in Belgrade in 2011 and 40-14 in Niš last year - this will be the first match at Ukrainian soil.