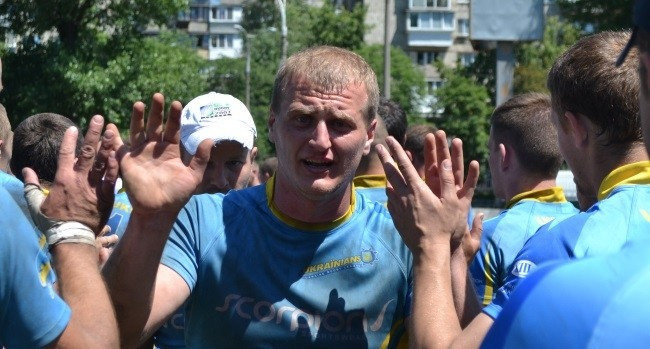 Ukraine and Italy will meet for the first time on Saturday (18 July) in Irpin, 40km outside Kiev, the hosts’ opening home match in the competition after political turmoil in the country. They are looking for their initial win in the competition, but the Ukrainians are still in with a mathematical chance of coming third; making the 2016 European Qualifiers for the next World Cup and avoiding relegation to Euro C.

Should they be successful against an out-of-sorts Italy who are four points better off, then it will come down to the final two games, both played on 12 September, with Italy travelling to Moscow and Ukraine hosting table-topping Serbia needing a big win and a heavy Italian defeat to have a chance.

Ukraine coach Gennady Vepryk has delivered a stark battle-cry to his squad, “There is nowhere left to retreat to!” he said, as his squad assembles in Kharkov for a three-day training camp ahead of the clash, adding, “We will get together and prepare for our most important match in this competition.”

In a statement of intent he has already named his 17 but two of his best forwards, tackling dynamo Sergii Kravchenko and industrious front row Maksym Miroshnichenko, are out injured with new caps, Krivbas’s Roman Shashkov and Legion XIII’s Aleksandr Scherbina, taking their spots.

“Artur Martyrosyan will also play instead of the injured Dmytro Stepanenko,” continued Vepryk. “I think these changes will strengthen our attack. During our preparations we will analyse the previous games carefully. I hope that our players have learned valuable lessons from our defeats and that we’ll be able to take the fight to what is a really well-known Italian team.”~

Broadbent said, “We’re expecting a really big game from the Ukrainians playing in front of their spectators for the first time at this level. It’s a bit of unknown territory - we don’t know what they’ll be like on their own patch.  We have a strong squad and we should be capable enough to get a result. Decaro has a good rugby league grounding and we expect him to give us a good lead. He’s got a good work rate and is a strong carrier.”

The match will be live streamed through the Ukrainian federation website. http://www.ustream.tv/channel/triolan-live