Wales, who were on level terms in the early stages, were eventually overran as the Lions, selected from community clubs throughout England, hit top form in a game played as a `double-header’ alongside the Conference Trophy Final on the afternoon of the First Utility Super League Grand Final at Old Trafford.

Billy Hickey opened the scoring on his way to a first-half hat-trick, Jordan Hellam landing the first of his seven goals. Wales responded through Jordan Gilbert, Elliot Jenkins improving, but England dominated the contest from that point on.

Hickey had grabbed his third try by the 15th minute and Will Ashworth crossed twice as a 42-6 interval lead was established. Hellam and Adam Whiteley also nipped over in the opening period, while Lewis Pritchard and man of the match Harry Warburton bagged a brace apiece in an equally impressive the second half. Callum Fletcher added a further touchdown for England, and Hellam claimed his second try on his way to a 22-point haul.

Several Welsh players impressed, despite the margin of the defeat, with loose forward Dewi Billingham being notably tireless in attack and defence. 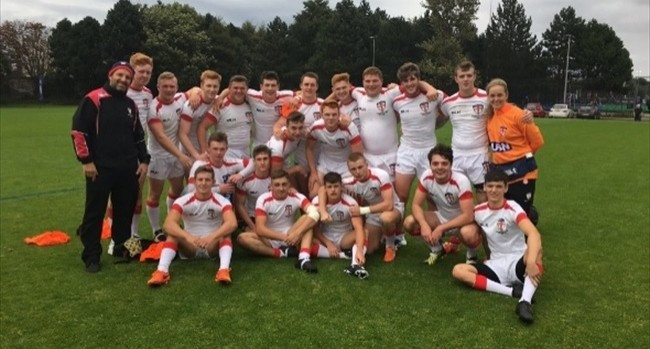