After a tight start, the home side took a surprise lead as Eloi Pellisier went over, but Ryan Hall, twice, Daryl Clark and George Burgess hit back. Kevin Brown and Jermaine McGillvary touched down in the corner and Gareth Widdop also scored in the second half.

The tournament gets under way on Friday in Hull, where Australia take on debutants Scotland.

This proved to be a strong test in Avignon for England, against a France side much improved from the one hammered 84-4 the last time the countries met in October 2015.

Australian Bennett replaced Steve McNamara, who had been in the role for five and a half years, in February and saw his side in action for the first time without the likes of captain Sam Burgess and full-back Sam Tomkins. He gave five players their debuts - Jonny Lomax, Mark Percival, Luke Gale and Stefan Ratchford all getting their first caps - as did the impressive Hull prop Scott Taylor, who showed some powerful running.

England were scoreless for the first 27 minutes, before taking control with a flurry of four tries in 13 minutes. Having gone behind to a Pellisier try from dummy half, it was the dangerous Leeds Rhinos winger Hall who finished off two tries in the corner.

It took his tally for the national side to 28 in as many games. In between, Warrington Wolves man Clark scooted in and George Burgess barged over. Widnes skipper Brown finished off a smart move, Huddersfield winger McGillvary got his first England try and Widdop ran clear as Bennett's side cruised to victory. 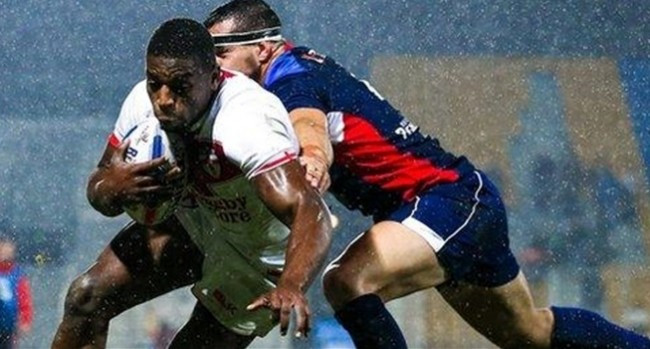