Canada made an impressive start to the new America’s Championship, with a comprehensive, seven-try win over the Reggae Warriors in Levittown, Pennsylvania, USA, home of the Bucks County Sharks.

Both sides were very different to the squads that played in the World Cup Qualifiers seven months ago, the Wolverines forced into further last minute changes which saw coach Jamie Lester come out of retirement after young half Barak Pauls failed his fitness test at the captain’s run a few hours before the game.

“Our forwards laid the platform with some strong running and the whole team defended well which was most pleasing,” said Lester. “To keep your opposition from scoring a try is always what you hope to achieve."

The match was disrupted by a thunderstorm which forced the sides to leave the field for half an hour, by which time Canada were 24-0 ahead. The power of prop Denny McCarthy close to the line opened the scoring, Josh Kelly converting, Robin Legault doubling the lead when he capitalised on a Jamaica handling error, twice hacking on before regathering for a fine solo score which Kelly also goaled.

Alex Boyd ran onto a nice pass to cruise over minutes later with Kelly once again adding the extras as the heat and humidity told but ominous black clouds began to gather.

Cam Grace powered his way through the Jamaican defence on his recall to the Canadian ranks, Kelly again surefooted but a minute before half time the storm struck and play was halted as it passed over. The wet ball proved to be a problem for both sides thereafter affecting handling, the Jamaicans – despite some strong running from their forwards – unable to find the last pass to capitalise.

In the last ten minutes the Wolverines extended their advantage, skipper for the day Christian Miller bursting through tackles to score out wide, Kelly landing his fifth conversion. Rick Schouten made a 30 metre break down the right before passing inside to debutant Tyler Hergott who raced away to score between the posts, Tony Felex missing the easy conversion, centre Schouten then going over himself to ensure seven different try scorers, Billy Gemmell off target with the kick.

Lester was sin binned in the last minute for talking back to American referee Vince Lawson and, with the final action, Adrian Myers stepped up to kick the penalty goal to ensure the Jamaicans weren’t nilled.

JRLA head coach Romeo Monteith commented: “Our forwards worked hard but we couldn't get over the try line despite the opportunities we created out wide. We are a team in transition, but we'll have to come out next week and lift ourselves against a very tough USA team.”

Game 2 will see USA Hawks take on Jamaica next weekend in Philadelphia. 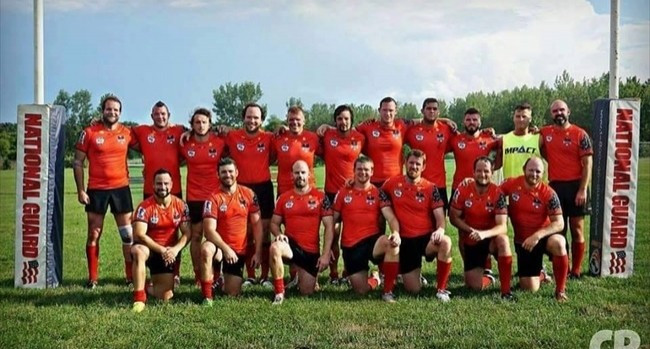