Canada created history in Philadelphia when they defeated USA Hawks 36-28 in the first game of the three-match 2015 Colonial Cup Series.

The Wolverines had never won on neighbouring soil dating back to the first encounter between the two great rivals in 1987.

Canada coach Jamie Lester commented: “I am extremely proud of our performance and not just from the playing 17 but the entire squad that have been challenging each other for the past couple of months.

“It's great to get our first win on US soil but the job is only half done for now. I know that the Hawks were struck by a bit of adversity during the match, losing their captain and playmaker Richie Henson, along with injuries to other key personnel. The Hawks finished the game the stronger and will come back hungrier for the next match. It's really going to test our squad's resilience.”

Canada took an early lead through Alan Lafferty, the Hawks hitting back with tries from centre Taylor Alley and Casey Clark, both goaled by Matt Walsh.

Christian Miller with a touchdown for the visitors and a second conversion from the faultless Steve Piatek levelled matters and the visitors took the lead just before the break with a spectacular try finished by Jonathan Cregg.

Alley posted a second try and exciting Ryan Burroughs crossed to set up an exciting finish but the visitors held on. 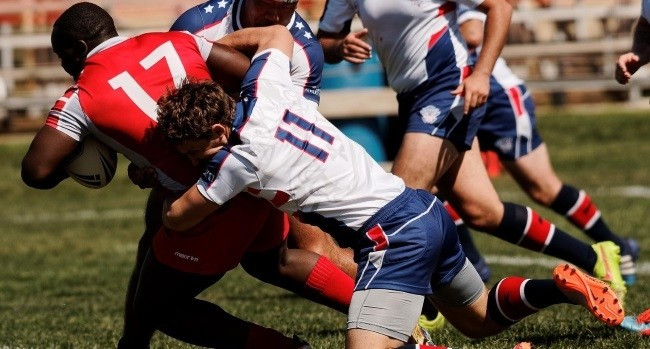