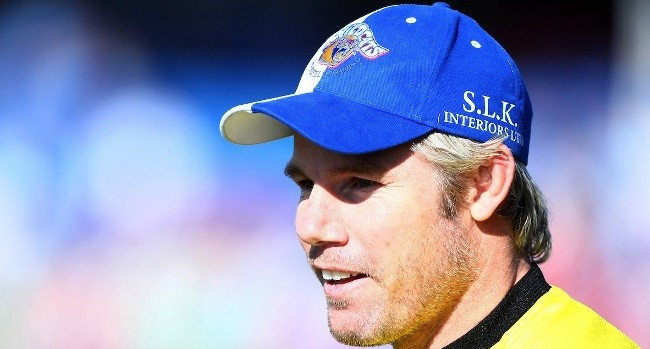 Jamaica's senior national rugby league team will create history by playing two Tests against Ireland this Sunday in Bray, and Wales on 21 October at Wakefield Trinity’s Belle Vue stadium. The matches, which aid the host nations in their World Cup European qualifying preparations, will mark the first time the rugby Reggae Warriors have played accredited internationals in Europe.

The 22-man squad, selected predominantly from players within the English semi-professional leagues, will be led by Jamaica assistant coach Jermaine Coleman, who is also head coach at London Skolars. He is assisted by Lee St. Hilaire, whilst current Dewsbury Rams head coach Glenn Morrison is the team manager.

According to JRLA director of rugby Romeo Monteith: “We have eligible players across competitions in the United Kingdom who have committed to representing Jamaica through the years. With Glenn, Jermaine and Lee joining our national programme, we will be better able to harness our UK-based resources and improve the performance and quality overall. This is, in effect, the start of our road to hopeful 2021 World Cup qualification.”

Speaking from Kingston, Monteith added: “Our national team will continue to feature players from both our domestic leagues and UK competitions. However, player selection will largely depend on the location of games and finances. Like many countries, our players still contribute to their expenses in order to represent their nation, but there is a need to get regular games for players both sides of the Atlantic and we feel we are finally starting to achieve this.”

The squad has already begun preparing for the Tests with sessions in Dewsbury and London. Regulars Hamish Barnes, Omari Caro and Lamont Bryan are unavailable as is Salford's Greg Johnson, but new comers Aaron Jones-Bishop, brother of Wakefield star Ben, Salford’s Jordan Andrade and youngster Keenen Tomlinson are expected to make an impact. Wales coach John Kear could come up against four players who has coached at Batley.

“Ireland and Wales will be extremely difficult for us,” said Monteith. “These are well established nations with pedigree and decades of rugby league who are favourites to get to the World Cup. We need to be competitive and we believe, with the quality in our squad, we will give them good games.”

Glenn Morrison added: “It's been exciting coming into the Jamaican set up. We have worked hard to get the boys together on several occasions in the last two months to train and create a good bond within the group heading into the games. We are looking forward to it and believe we can use the experience to continue the growth within the Jamaican international system. The boys have looked good at training and hope we get a big following at both venues.”