JUNIOR CEDARS OFF TO FLYING START 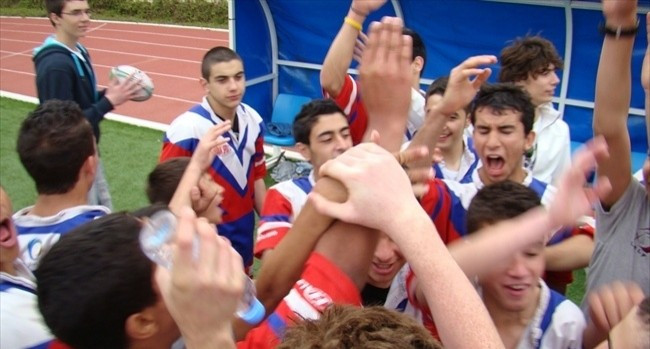 In the opening game of the second annual Middle East North Africa U16s Championship at the American University of Beirut’s Charles Hostler Student Center, the hosts got off to a winning start, Lebanon defeating Palestine U16s, 26-4.

The Palestinians held the advantage over the Junior Cedars in size, while the Lebanese had the edge in speed, which proved decisive.

Junior Cedars Head Coach Rayan Tout was extremely pleased with his young chargers, “We had a very good hit out, and kept them out of our zone. However, our defence was not up to expectation at times, and we need to work on it if we want to beat defending champions Saudi Schools Select. We look forward to our next game and hope we can keep the trophy at home this year.”

Ahmad Masri the Palestine Head Coach noted, “We started poorly and when that happened I think we started getting negative thoughts. We were very aware of what might happen and that they would come out strong. I thought we were still going to get back into it.''

Overseeing proceedings was Remond Safi, the MENA Regional Director. “It was a great start to the MENA U16s Championship,” he said. “It is great to see many new faces playing the sport in both camps and I am looking forward to the next round.”